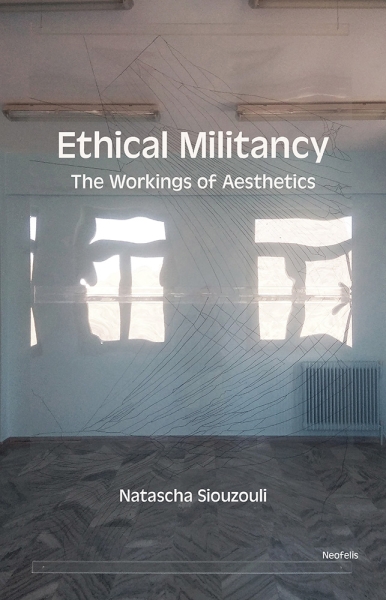 Beschreibung
Beschreibung
In recent years, much research has been dedicated to the relationship between politics and... mehr
Menü schließen

“...the place of the spectator is between weapon and target...” (Heiner Müller)

In recent years, much research has been dedicated to the relationship between politics and aesthetics and, in particular, to the political power of aesthetics. This book makes a claim for what comes before any political decision is made and action taken; for what precedes the need for the subject to take a specific stance and adopt a particular (political) attitude. It interprets the “in-between space of aesthetics” (Erika Fischer-Lichte), where production and reception have traditionally met, as a topos within which “action itself is called into question” (Joseph Vogl). This is a space where aesthetics and ethics converge to trouble affirmations and beliefs, and to challenge the subject.

By looking at recent theatrical performances and workshops put on mainly in Athens, Greece, and/or created by Greek artists (Nova Melancholia, Rimini Protokoll, Michael Marmarinos, Theodoros Terzopoulos etc.), this book explores the conditions in which it is possible or necessary for the ethical to emerge in aesthetic contexts. It tracks down the metamorphoses of the ethical and its manifestations in situations of aesthetic unsettling, and reveals hidden ethical paradigms in aesthetic articulations. Furthermore, it focuses on the specific way in which the position of the (ethico-political) subject is articulated within those conditions, arguing that it is impossible for the subject to remain intact once it has entered the ethico-aesthetic space. It asserts that a catastrophe is required, the loss and the vanishing of the subject, in order to reinstate responsibility, to respect the ethicality of time, and to obtain justice; and advocates for the rise of the object, allowing for an unfamiliar political discourse to take the stage.

Art and politics are related through repetition. Both realms are structured by practices of repetition and share a common room of sens(e)uality – aesthetics in the emphatic sense of the word. It is the aesthetics and practices of...
262 Seiten, Softcover – 26,00 €
Un/Masking Reflections on a Transformative Process