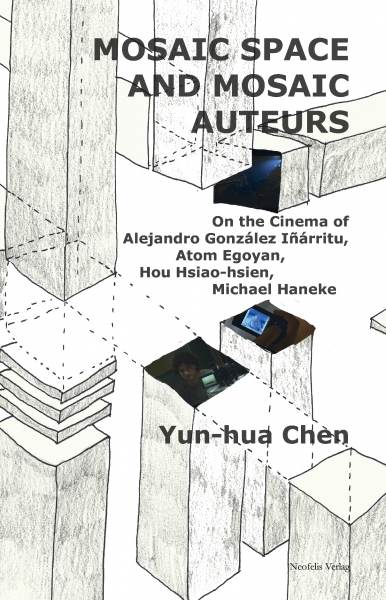 On Mosaic, Border-crossing, and Cinema

Mosaic Space and Mosaic Auteurs constructs a model of mosaic, which extends our focus beyond narrative strategy, to approach the trend of diverse multi-strand films across genres, nations and filmmaking contexts since the late 1980s. Different from investigation of this recurring global phenomenon from perspectives of spectator engagement, narratology, cognitive understanding and socio-political messages, proposed by film scholars, the model of mosaic helps establish the intertwining relationship between narrative, aesthetics, transnational production, and distribution modes – and in the framework of contextualised geopolitical spaces.

As the transnational auteurs in question draw talents, resources, and subject matters from a wide range of geopolitical spaces along their border-crossing journeys, their films juxtapose diverse spatial configurations. In fact, “mosaic” is a spatial metaphor which puts emphasis on the visual image of spaces and links space, narrative, and authorship into a multidimensional model of spatial compilation. It is a mosaic which gathers, groups, juxtaposes, and re-arranges spaces, offering a reading of mosaic beyond an exclusive focus on narrative – its nuances are examined in detail in different mosaics of Alejandro González Iñárritu, Atom Egoyan, Hou Hsiao-hsien, and Michael Haneke.