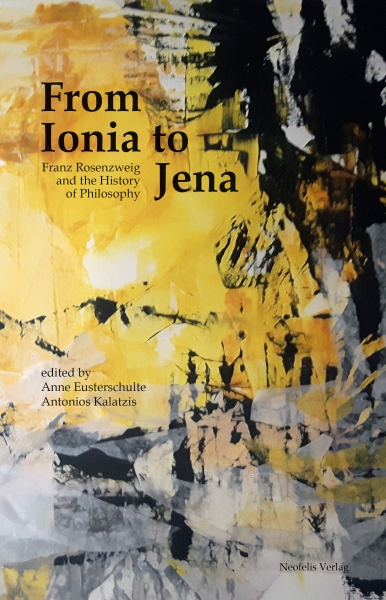 From Ionia to Jena

Beschreibung Beiträger*innen
Beschreibung
Franz Rosenzweig’s approach toward the history of philosophy was, if anything, profoundly... mehr
Menü schließen

Franz Rosenzweig and the History of Philosophy

What was the common ground that allowed Rosenzweig to unify this vast variety of philosophical insights? Was this process of unification homogeneous and consistent, or did it amount to more eclectic conglomeration of a diverse range of philosophical ideas? Moreover, was Rosenzweig’s close connection to the history of philosophy one element that prevented him from radically breaking away from his predecessors? Or did he ultimately manage to integrate it into a truly new and groundbreaking framework? The contributions in this volume explore the dialogue between one of the most innovative thinkers of the first half of the 20th century and his philosophical references. They seek to identify these references and examine how Rosenzweig redefined them in his philosophical project. They do so by searching for the individual reader who drew from all these various influences as well as the universal thinker behind the reader, who systematized all these influences anew.